So I read this book because it was free on my Kindle for some reason. Also I’d seen the Swedish original film and the US remake and thought they were pretty great.

The book itself is reminiscent of a Dan Brown novel. It’s a gripping thriller, a compelling page-turner, and all those other descriptions that sum it up as the perfect commuter book. It’s something you can enjoy for what it is in short doses, without having to worry about it being too much of a literary masterpiece.

Not that the plot’s overly simple though. The fact it’s based in Sweden instantly makes it that little bit less accessible. The bulk of the story is about the disappearance of a young girl in the past, but really revolving around a spiralling family of double-crossing industrialists. Keeping track of all the family members is quite a task, but having seen the film versions helped with this (I just thought ‘ah yes, that’s Stellan Skarsgård’s character…).

The sub-plot is also about a Swedish industrialist and his nefarious corporate dealings. I hope you like reading pages about holding accounts and sorting codes!

But yeah, I enjoyed the book for what it was worth – considering I paid nothing for it. I intend to go on and read the subsequent books in the series, but more for the sake completeness than anything else.

Post-script: I just wanted to say that I think the central character of Mikael Blomkvist is super interesting. He’s like a nerdy James Bond. Which makes it no surprise that Daniel Craig played him in the US remake:

But who played our hero in the original Swedish film? 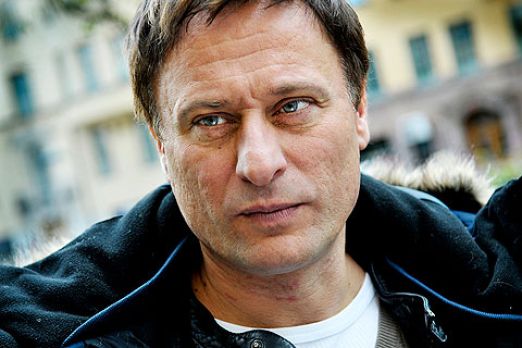 Get an email as soon there's a new post up.

Random posts from the archives: